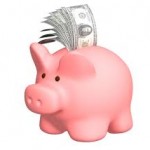 Buying notes at a discount is becoming more popular, as real estate professionals discover additional ways to generate income, as well as deal with problem loans or properties.

Recently, one of our colleagues, a realtor, discovered through a collection agency that two properties she had originally sold were having loan problems. The original financing for $100,000 and $115,000 to each buyer had been arranged through a local bank.

When the borrowers were about to go into foreclosure, a third party was able to arrange private financing and purchased the obligation from the bank. The private financing was provided by a group of three investors, each of whom owned varying percentages of each note. Terms were at 15% for 30 years on both notes.

Two years later, the borrowers had problems again, and the investors decided to assign the two loans to a collection agency. The loans were being collected, but one of the investors who owned 45% of the $100,000 note decided to sell out. The same investor also wanted to sell his 20% share of the $115,000 note, but was willing to take a bigger discount on that note because it wasn’t paying as well as the $100,000 note. Our colleague knew the principals in the transactions, and she also knew the values of the properties in the event of foreclosure. Although payments were slow, they were being made.

For the $115,000 note, the 20% investor sold his interest for $12,500, somewhat more than our colleague wanted to pay, but with a remaining $22,968 balance (20%) she believed it was still a good deal. The other investors remained, so for this purchase her IRA became a vested participant in the loan.

Six months later, the $115,000 note was no longer being paid, and the investors decided to foreclose. The property owner gave the investors a deed in lieu of foreclosure. Our colleague was able to find a buyer for the property for an immediate cash sale of $110,000. This represented a loss of $4,844 from the note face amount, but for our colleague, it was a gain of $95,500 net, which was tax-deferred because her SEP IRA owned the note.

And what about the $100,000 note? It is currently being paid regularly, albeit slowly. Again, the income received on that note is also tax-deferred. Today, her IRA has an extra $38,000!

This entry was posted in Investing in real estate notes, Main blog. Bookmark the permalink.

OWN YOUR OWN CASH FLOW BUSINESS FOR UNDER $300

Note Investors’ Elite Cash Flow Network Support System is a complete “BUSINESS IN A BOX” that will get you started in your own Cash Flow business, even if you have very little or no money to start with.

When you join the The Elite Network, you get everything you need to succeed, including jump-start orientation, personal one-on-one support, the Cash Flow Industry’s most powerful training programs, Master Cash Flow Specialist Certification, ready-to-use marketing kit, direct access to cash for your transactions and much more within a super-affordable package.

Read All About the Elite System

THE SUPEREARNINGS PROGRAM WILL COVER:

Now you can start your note business with the “Building Wealth Together” program and also earn Master Cash Flow Specialist Certification (which carries National recognition and will help you do even more business) through the Superearnings program. Using these two programs together will greatly increase your earning potential, and, if you act today, you will SAVE substantially by ordering both.

HERE’S HOW YOU WILL BENEFIT FROM ADDING THE SUPEREARNINGS PROGRAM TO YOUR ORDER TODAY: